We rented a cottage for the weekend of the baptism. It made life much easier the last time we were there for Olivia's baptism, and having 2 more little ones we needed the space. The cottage we rented was perfect for the family, and grandmama and grandpapa were able to stay with us too. It had lots of room for the kids to move around and the location was amazing. 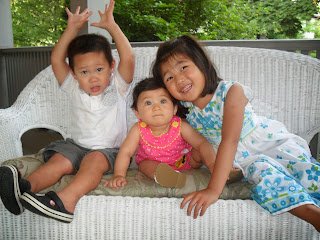 The cottage also had this huge porch were the kids could run around outside but still be somewhat be enclosed. We took the upstairs loft which had 2 queen beds and an ensuite. The first night Olivia and William slept together in the bed. This was a first. Much to papa's dismay, there were lots of talking and giggles when the lights went out.  They finally settled (close to midnight). hahaha. Somewhere in the middle of night though, William fell out and landed in between the 2 beds. We just heard a loud thug, but no crying. Martin turned over and saw William on the floors still sleeping! hahahahah. It was hilarious. So instead of waking him up, papa threw a blanket down and there he stayed until morning. He didn't budge till the morning. Boys...they sleep through anything. I wish the girls were the same.

The next day, we explored NOTL.  We absolutely love this place. When we are here, we feel so relaxed and at peace. We ended up going to the little park that had a play structure and wading pool. The kids were so good with just dipping their feet in the water. They were dying to jump right in.  We finally gave in and off went the clothes.  They had a blast. I don't know how they did it because the water was FRIGID. 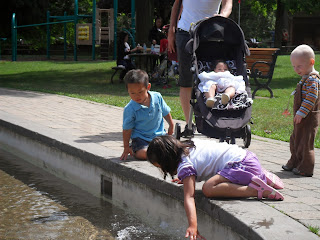 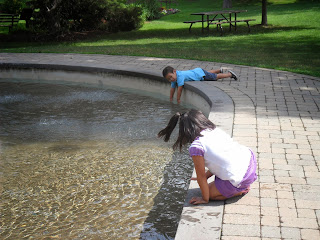 Later that afternoon, grandmaman and grandpapa arrived after a gruelling drive. Damn Toronto traffic. All went well after we had a lovely dinner on the porch with a good glass of wine.

Sunday, June 30th was Clara's baptism day. We had a private ceremony with just very close family and friends. Not the big hoopla Olivia and William had. It was much more intimate and that made it very special. Ninang Michica and the family came up early to be with us. The all kids had a great time just playing around on the porch and walking along the lake. While Clara napped in the morning, the men took the kids for a walk while we rested and got ready for church. Lola and gang came up in morning too.We had an awesome pizza lunch from the best pizza place ever. 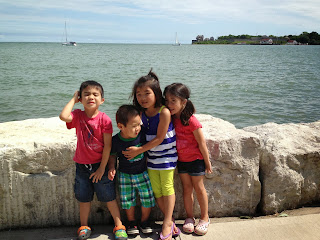 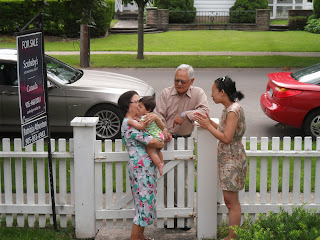 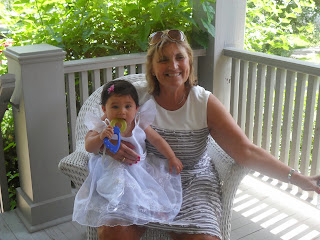 After lunch it was time to get ready for church. Clara wore Melodie's baptism outfit and she looked absolutely adorable in it. Merci Nadine for lending it to us.

Clara was awesome during the whole ceremony and so were the kids. There was enough kids to be entertained during the prayers and blessing. hahahah 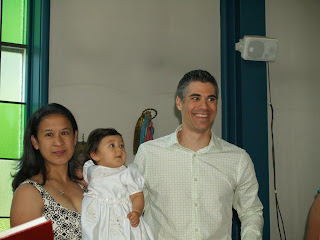 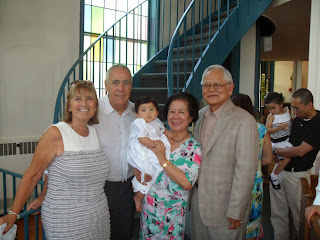 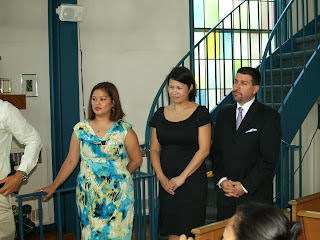 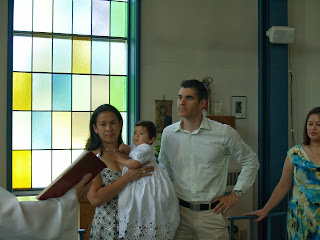 After the ceremony, we headed to the NOTL Golf Course and Country Club for a late lunch. I thought Clara would have passed out, but she did great. She changed into another outfit (we were so fortunate that the cottage was across the street from the country club), and was awake for the entire lunch. It was a perfect day.  Another thing to check off the list. :0) 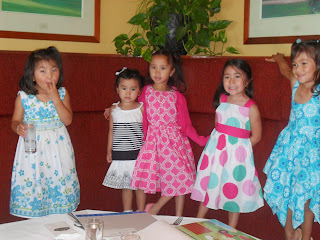 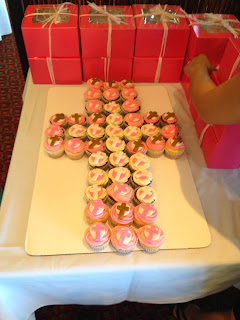 The next day was Canada Day. We really didn't do much except put on special outfits for the kids. We said good-bye to NOTL and drove back to Brampton for a week long visit with the family.  It's always great to be home at Niagara-on-the-lake, our second home. Great fond memories for everyone. 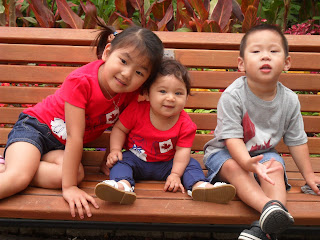 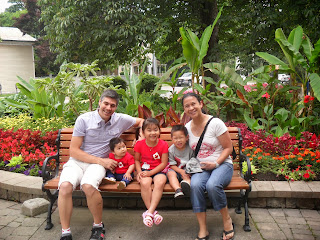